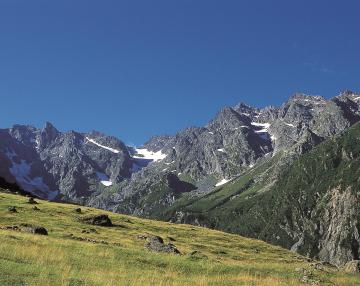 These three wonderful eastern valleys are morphologically and geographically similar. They are considered the steepest of the chain, they have a luxuriant vegetation and people do not go often there. Coca Peak, Dente di Coca, Porola Peak and Dente del Diavolo dominate the three valleys.

VAL D’ARIGNA
You reach Val d’Arigna following the road until the junction in direction of Casacce, not far from Sondrio, and continuing until Armisa power station.
The valley is crossed by the Armisa torrent, it is considered the heart of the Orobie and is dominated by Coca Peak. With his 3050 m, the Peak is the highest mountain in the chain.
In Val d’Arigna there are 10 glaciers, the largest number of glaciers in the Orobie. The most important is the Ghiacciaio del Lupo.
Thanks to the fresh microclimate, the valley has rich forests, indeed we can observe silver firs, Norway spurs and larches. Admire also beautiful flowers such as the endemic Sanguisorba dodecandra, the delicate Viola and the colourful Primrose.
The fauna is typical of the forest environment: you can glimpse black grouse, owls, woodpeckers, chamois and deer.

VAL MALGINA
You arrive in the Val Malgina passing Castello dell’Acqua. The valley maintains its fascination because of the absence of roads that join it, so it is steep and not very accessible.
Val Malgina is crossed by the torrent of the same name and it is covered in dense vegetation: you find mysterious conifer woods, immense alpine pastures, wide stretches of colourful Rhododendrons, majestic alders and green junipers.
A deep gorge, the Canalone di Val Malgina, traverses the entire valley. 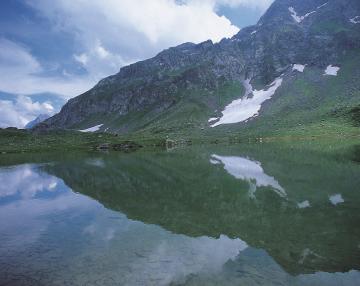 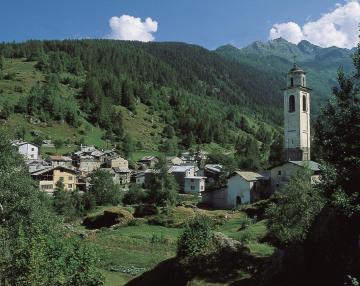